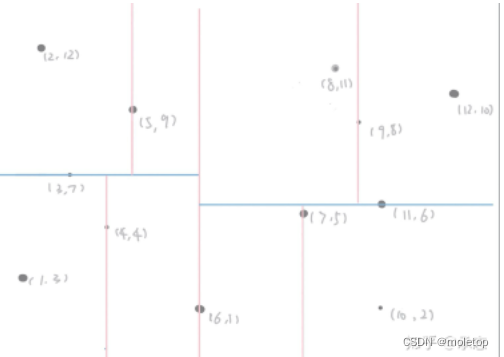 1. Every layer down the tree , We will change a dimension to measure . The reason is also simple , Because we want this tree to be K Dimensional space has a good expression ability , It is convenient for us to query quickly according to different dimensions .

3. In one query Go straight to K A recent sample 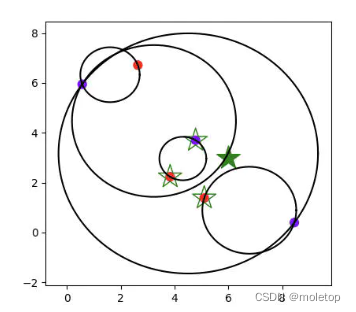 After selecting the initial point , Just keep using the standard k-means The algorithm .

Put all the sample data into a queue as a cluster ;
Select a cluster from the queue to K-means Algorithm partition （ The first iteration is equivalent to all samples K=2 Division ）, It is divided into two sub clusters , And add the sub cluster to the queue to iterate the second step of operation , Until the suspension conditions are met ( Number of clusters 、 Minimum square error 、 Iterations, etc )
The cluster in the queue is the final cluster set .