then ,OpenGL The edges of the clipped polygon will be reconstructed ( See the two red lines in the figure below ).
The gray area in the following figure is the point that is reserved but not discarded , Satisfy ：xc,yc,zc∈(-wc,wc) 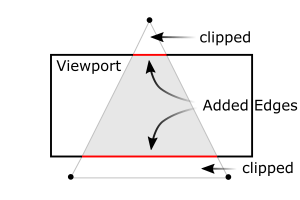 From the of the visual cone [ Top view ], That is, the of eye space x coordinate ,xe Mapped to xp,xp It is calculated by using the ratio of similar triangles ：

From the side of the visual cone ,yp Calculated in a similar way ：

therefore , We can cut the coordinates of w The component is set to -ze. The second of the projection matrix 4 Line into (0,0,-1,0). 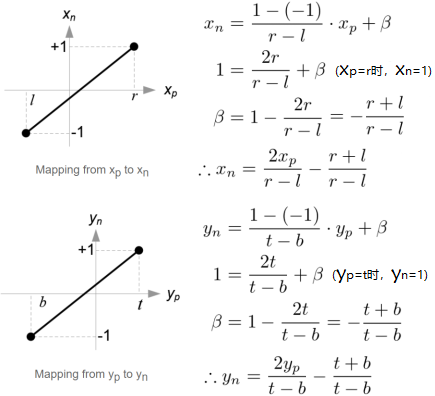 then , We will xp and yp Substitute into the above equation . 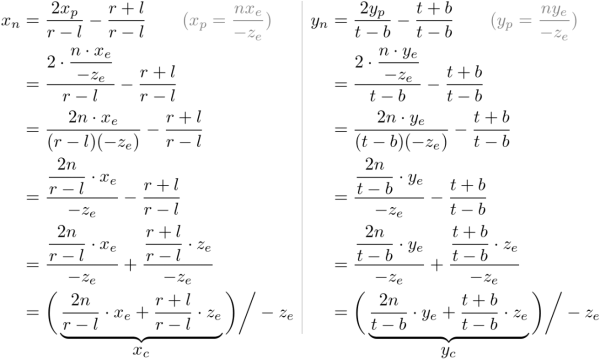 Be careful , For perspective Division (xc/wc,yc/wc）, Let's make two terms of each equation be -ze to be divisible by . We will wc Set to -ze, The terms in parentheses become the of clipping coordinates xc and yc.

From these equations , We can find the second of the projection matrix 1 Xing He 2 That's ok . 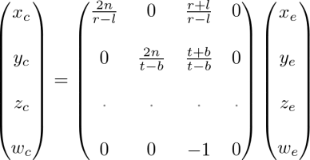 Now? , We just need to solve the problem 3 Row projection matrix . Find out zn A little different from others , Because of... In eye space ze Always projected onto the near plane -n. But we need the only z Values for clipping and depth testing . Besides , We should be able to cancel the projection （ inverse transformation ）. Because we know z Don't depend on x or y value , So we borrow w Component to find zn and ze The relationship between . therefore , We can specify the second of the projection matrix in this way 3 That's ok .

In eye space ,we be equal to 1. therefore , The equation becomes ： 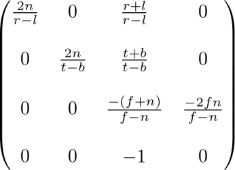 The projection matrix is suitable for general viewing cone . If the visual body is symmetrical , namely r=-l, t=-b, It can be reduced to ： 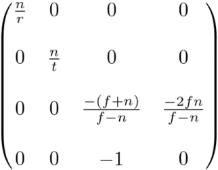 Before we move on , Please look again ze and zn The relationship between , equation （3）. You notice that this is a rational function ,ze and zn There is a nonlinear relationship between （ Here's the picture ）. This means that the accuracy in the near plane is very high , But the accuracy in the far plane is very low . If the range [-n,-f] More and more big , It will lead to the problem of depth accuracy （z-fighting）; Near the far plane ze Small changes in do not affect zn value .n and f The distance between should be as short as possible , To minimize the depth buffer accuracy problem . 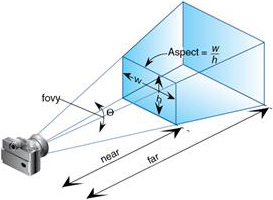